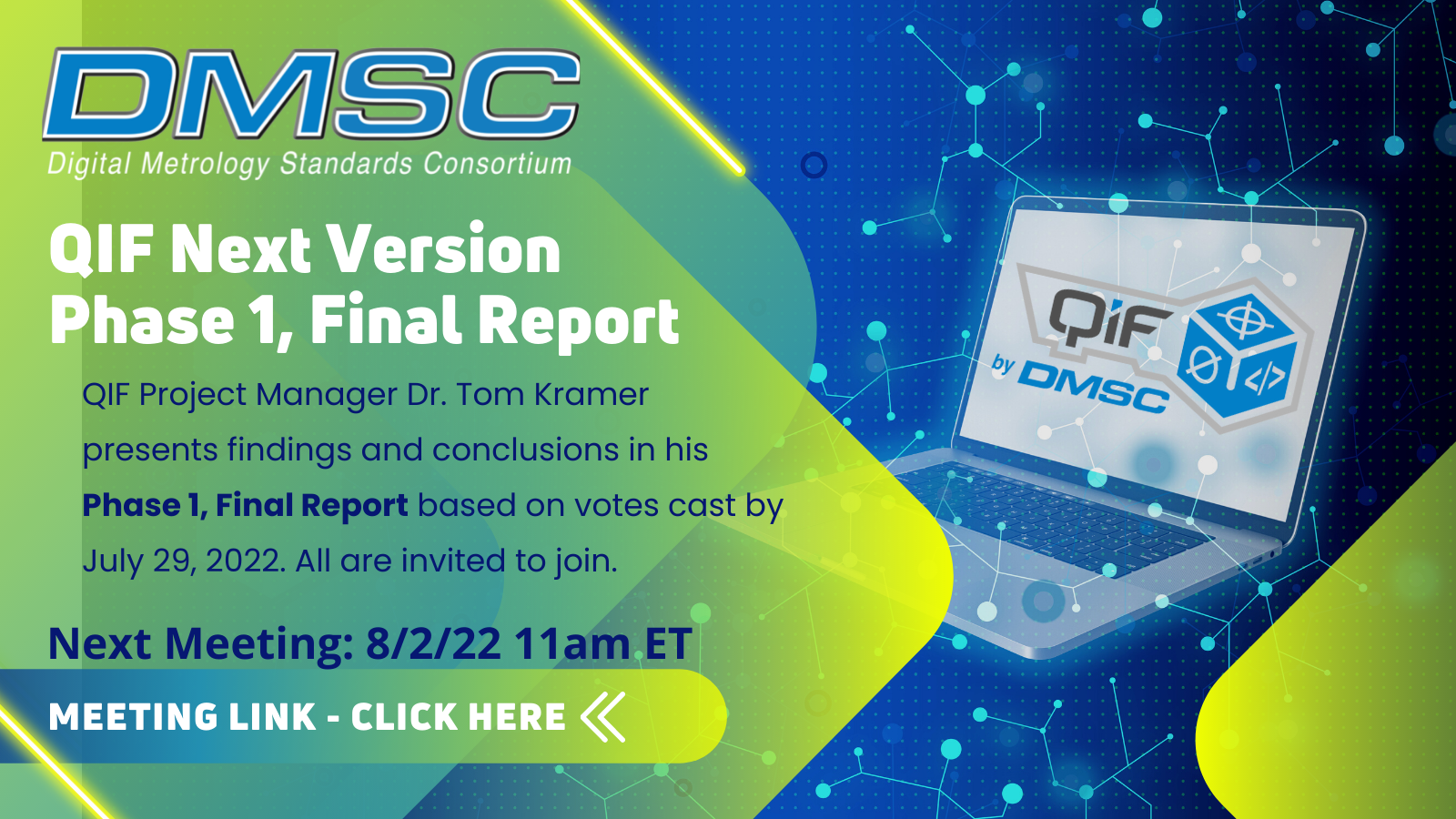 The final report of the Next QIF planning project (Phase 1) is being drafted by Dr. Tom Kramer. Phase 1 is essentially a project to identify WHAT are the proposed changes to QIF 3.0, which of them should be made, and how shall those changes be designated (QIF 3.1 or QIF 4.0).

Over the last few weeks, as feedback from the regularly scheduled public meetings was collected, input (a vote) was requested from DMSC company representatives. Tom indicates that fewer than half of those invited to vote have cast a vote.

There are two questions for consideration:

1) requesting preference between having the Next QIF be version 3.1 or version 4.0.
2) was an investment style vote indicating company preferences for large areas of QIF development.

If your company DMSC rep has not expressed their opinion via their vote, please urge your DMSC rep to do so or pass the vote to someone else in the company by July 29, 2022 via email to Tom Kramer.

Input from non-DMSC members is valued and encouraged.

A final public web meeting on the Next QIF (Phase 1) is scheduled for 11:00 AM ET on Tuesday, August 2. Dr. Kramer plans to present the recommendations of his final report at that meeting.