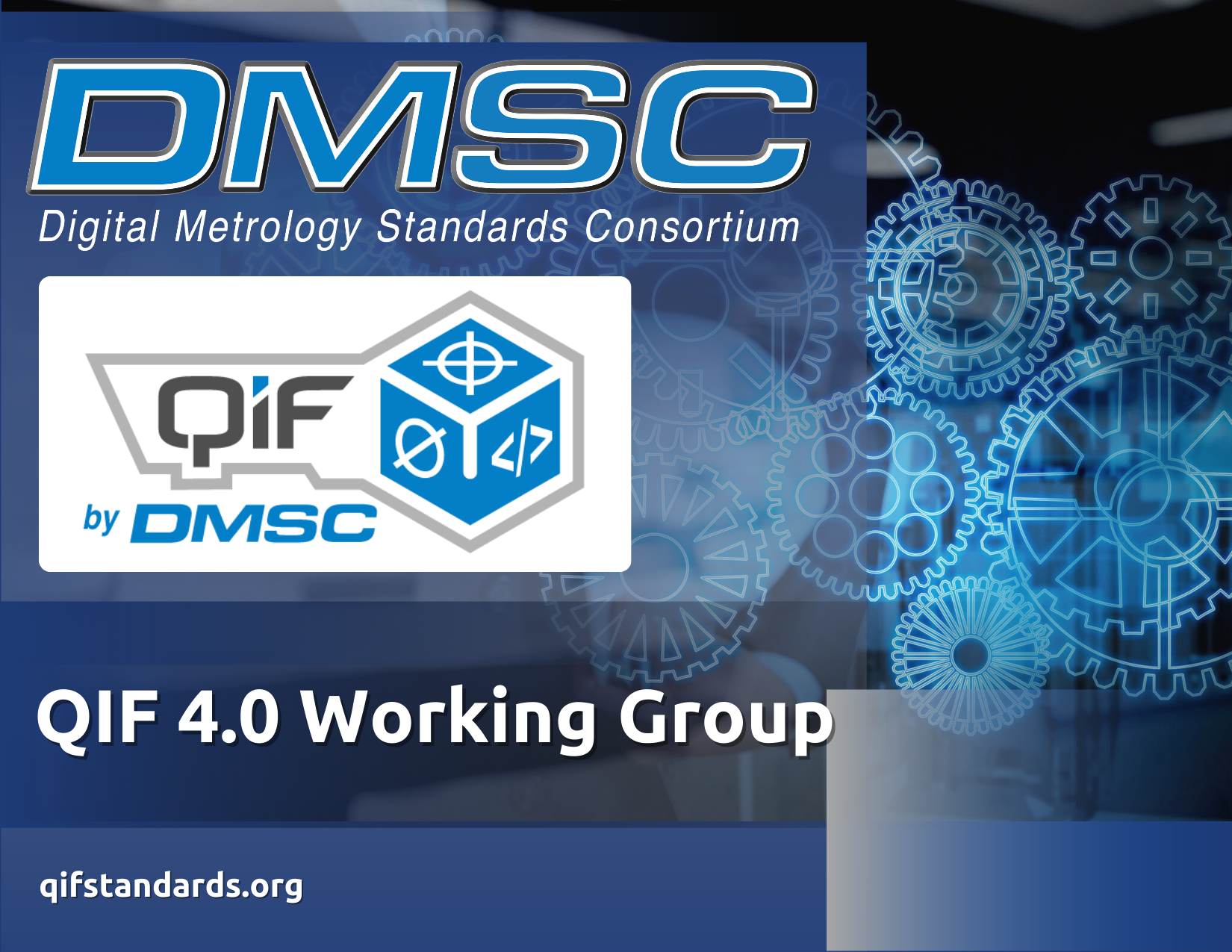 The newly formed QIF 4.0 Working Group (WG) has been active, having held four meetings so far in 2022. The WG has been meeting (1-hour) every week to get things started, and will be changing cadence to every two weeks as we move into December and beyond. Daniel Campbell (Capvidia) is the WG Chair, and Dr. Tom Kramer is the WG Project Manager. The target for completion of QIF 4.0 is mid-year 2024, so the effort is still in its infancy stages.

Mid-year 2022, DMSC commissioned a project (Phase 1) to determine a strategic vision for our current Quality Information Framework standard version, QIF 3.0. Based on the Phase 1 conclusions, work on Phase 2 commenced with the goal of developing a substantial QIF upgrade, hence the title “QIF 4.0 WG”. The QIF 4.0 upgrade will encompass the addition of many technical features and functions that were requested by the metrology community. A list of over 100 items were identified as potential QIF additions/refinements/corrections, and it was determined most all were achievable, even with limited DMSC resources.

QIF has been the object of major new support from metrology vendors and solution providers, which has resulted in extra QIF momentum and industry acceptance. The QIF standard has also gained favor from other standards organizations, such as MTConnect and ASME (and others), giving QIF even higher visibility in the industrial community.

As the Working Group effort moves to a twice-a-month cadence, the DMSC QIF 4.0 WG invites interested companies and individuals to join the mostly volunteer development effort (DMSC membership encouraged but not required). QIF-specific expertise is not a requirement to participate.

Check out the DMSC Events Calendar for dates and meeting times.